Studies show that a thermogram identifies precancerous or cancerous cells earlier, produces unambiguous results — which cuts down on additional testing — and doesn’t hurt the body. To learn more, read the full blog post or call today to make your appointment 541-302-2977. 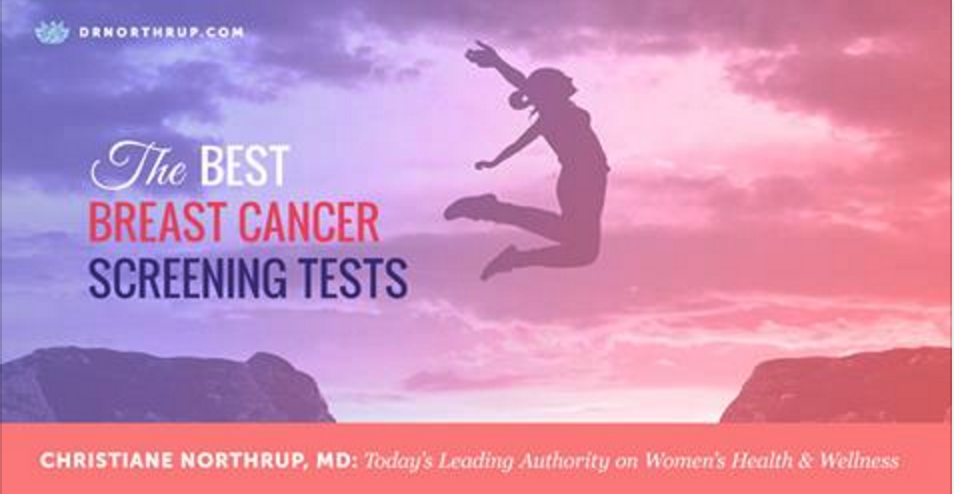 6 Reasons Why I Recommend Thermography

In the past two weeks, I’ve had two friends tell me that they have had bilateral mastectomies for DCIS, or Ductal Carcinoma In Situ. This absolutely breaks my heart because DCIS is NOT cancer.  But, increasingly, due to high resolution mammograms, DCIS is being picked up on breast cancer screening tests. And, depending upon what advice a woman is then given, she may well be advised to get treatment, which she rarely needs.

Currently DCIS is considered Stage 0 cancer, but for years, some experts have been recommending that changes be made to this classification, and even to the name.

One proposal calls for a new classification called “indolent” instead of “cancer” for tumors that are unlikely to cause harm. So DCIS would be called “indolent lesions of epithelial origin,” or “IDLE.” This certainly makes way more sense considering that 99.9 percent of the time DCIS is something a woman will die with but not die from!

The Alarming Rise of Mastectomies

A large study of over 51,000 women found that the number of women who decided to have both breasts removed (double mastectomy) after being diagnosed with DCIS in one breast more than tripled between 1998 and 2005.

Screening tests have led to a great deal of over diagnosis and over treatment, a view supported by breast cancer surgeon Dr. Laura Esserman, who happens to be a heroine of mine. In an article published in October, 2015 in JAMA Oncology, breast cancer surgeon, Dr. Esserman says:

Now DCIS accounts for approximately 20% to 25% of screen-detected breast cancers. The cells that make up DCIS look like invasive cancer both pathologically and molecularly, and therefore the presumption was made that these lesions were the precursors of cancer and that early removal and treatment would reduce cancer incidence and mortality. However, long-term epidemiology studies have demonstrated that the removal of 50 000 to 60 000 DCIS lesions annually has not been accompanied by a reduction in the incidence of invasive breast cancers.

The problem is that women have been trained to be so afraid of breast cancer that they’ll often willingly sacrifice their breasts just to relieve their anxiety—or what a doctor friend of mine calls “surveillance fatigue.”  Plus, most doctors are trained to do something when they have a diagnosis. And given the number of them who have been sued for “failure to diagnose,” it’s not surprising that so many women agree to sacrifice their breasts rather than take what they are taught is a huge risk, even when it isn’t.

For these reasons, it’s not surprising that the number of women having prophylactic mastectomies “just in case” has soared. The rates of contralateral prophylactic mastectomy more than tripled from 2002 to 2012 even though studies have shown that removing healthy breasts doesn’t improve survival. And, with celebrities such as Sharon Osbourne and Angelina Jolie having double mastectomies preventively, I expect this rate will continue to rise.

As a caring physician, I’m certainly not going to be a Monday morning quarterback and ask a woman why she didn’t do more research about DCIS before having drastic and often unnecessary surgery. That would be pouring salt into her wound. On the other hand, this all too common situation makes me more determined than ever to help educate women about breast health, including the fact that far too many women are being over diagnosed and over-treated for so called breast cancers that are not cancers. (By the way, the same thing happens with thyroid and prostate conditions!)

Before succumbing to what I refer to as October Pink Madness, please know that there are tried and true ways to maintain breast health, and also monitor it. One of those is paying attention to your dreams. That’s right—My colleague Dr. Larry Burke has published studies showing that a dream about having breast cancer is often very accurate at diagnosing the problem. But there are other more conventional approaches, including thermography.

Why Thermography Is Your Best Breast Test Option

Every year when Breast Cancer Awareness Month (October) comes around I am saddened and surprised that thermography hasn’t become more popular. Part of this is my mindset. I’d rather focus on breast health and ways to prevent breast cancer at the cellular level than put the emphasis on testing and retesting until you finally do find something to poke, prod, cut out, or radiate. I understand that mammography has been the gold standard for years. Doctors are the most familiar with this test, and many believe that a mammogram is the best test for detecting breast cancer early. But it’s not. Studies show that a thermogram identifies precancerous or cancerous cells earlier, produces unambiguous results — which cuts down on additional testing —  and doesn’t hurt the body.

As you may know, thermography is a form of thermal (infrared) imaging. My colleague, Philip Getson, D.O. has been a medical thermographer since 1982. Dr. Getson explains how thermography works this way:

It is widely acknowledged that cancers, even in their earliest stages, need nutrients to maintain or accelerate their growth. In order to facilitate this process, blood vessels are caused to remain open, inactive blood vessels are activated, and new ones are formed through a process known as neoangiogenesis. This vascular process causes an increase in surface temperature in the affected regions, which can be viewed with infrared imaging cameras. Additionally, the newly formed or activated blood vessels have a distinct appearance, which thermography can detect.

Remember, heat is an indication that inflammation exists, and typically inflammation is present in precancerous and cancerous cells, too. It’s also present in torn muscles and ligaments as well as arthritic joints, which thermography can also detect!

Today, women are encouraged to get a mammogram, so they can find their breast cancer as early as possible. The most promising aspect of thermography is its ability to spot anomalies years before mammography. Using the same ten-year study data, (Spitalier 1) researcher Dr. Getson adds:

Since thermal imaging detects changes at the cellular level, studies suggest that this test can detect activity eight to ten years before any other test. This makes it unique in that it affords us the opportunity to view changes before the actual formation of the tumor. Studies have shown that by the time a tumor has grown to sufficient size to be detectable by physical examination or mammography, it has in fact been growing for about seven years achieving more than twenty-five doublings of the malignant cell colony. At 90 days there are two cells, at one year there are 16 cells, and at five years there are 1,048,576 cells—an amount that is still undetectable by a mammogram. (At 8 years, there are almost 4 billion cells.)

Thermography’s accuracy and reliability is remarkable, too. In the 1970’s and 1980’s, a great deal of research was conducted on thermography. In 1981, Michel Gautherie, Ph.D., and his colleagues reported on a ten-year study, which found that an abnormal thermogram was ten times more significant as a future risk indicator for breast cancer than having a history of breast cancer in your family. (Gautherie 2)

With thermography as your regular screening tool, it’s likely that you would have the opportunity to make adjustments to your diet, beliefs, and lifestyle to transform your cells before they became cancerous. Talk about true prevention.

It seems like the world was set on its ear in November 2009 when the United States Preventative Services Task Force said it recommended that women begin regular mammograms at 50 instead of 40, and that mammograms are needed only every two years instead of annually between the ages of 50 and 74.  Some women felt this was a way for the insurance companies to save money, but I cheered these new guidelines. The Task Force concluded that the risk of additional and unnecessary testing far outweighed the benefits of annual mammograms—and I couldn’t agree more.

Even before the U.S. Preventative Task Force’s recommendation, Danish researchers Ole Olsen and Peter Gotzsche concluded, after analyzing data from seven studies, that mammograms often led to needless treatments and were linked to a 20 percent increase in mastectomies, many of which were unnecessary. (Goetshe 3) Dr. Getson expounded, “According to the 1998 Merck Manual, for every case of breast cancer diagnosed each year, five to ten women will undergo a painful breast biopsy. This means that if a woman has an annual mammogram for ten years, she has a 50 percent chance of having a breast biopsy.”

If you’ve ever had an unnecessary biopsy or been scared by a false positive result on a mammogram, please consider getting a thermogram.  You can always use it in conjunction with the mammogram to figure out your treatment options.

6 Reasons Why I Recommend Breast Thermography

In addition to early detection and accurate test results, here are some other reasons I like thermography:

Thermography is a better technology for all of the reasons I’ve already described. Plus, it gives results that are unique to you, time after time. But Dr. Getson says there are some things you need to know. For one, not all thermographic equipment is the same. When you are choosing a thermography center, be sure to ask what the “drift factor” is for their machines.  Anything over 0.2 degrees centigrade leads to poor reproducibility. Also, the room in which the study is performed should be free of outside light and the temperature should always be at 68-72 degrees Fahrenheit, with a proper cooling system in place.

Be sure that your thermography center of choice is backed by qualified, board-certified physicians who are specifically trained in the interpretation of these images. And, be sure that the physician is available to explain and discuss all findings. Finally, make sure the images are “stat”-ed or marked up for future comparison.

The Best Test for You

As with anything, I suggest you let your inner guidance help you in all decisions about your health. If you feel it’s best to get a bi-annual or annual mammogram, then by all means continue with them. Just be aware of the drawbacks and risks associated with the test.

And, don’t be intimidated or feel guilty if you prefer to forgo mammography completely. A thermogram can tell you how healthy your breasts are rather than just screening them for cancer.  When done properly, it also has the potential to truly detect breast cell anomalies long before mammography can detect cancer. This allows you to implement lifestyle changes that can improve the health of your breasts proactively.

In honor of Breast Health Awareness month, I encourage you to check out thermography for yourself and your loved ones!